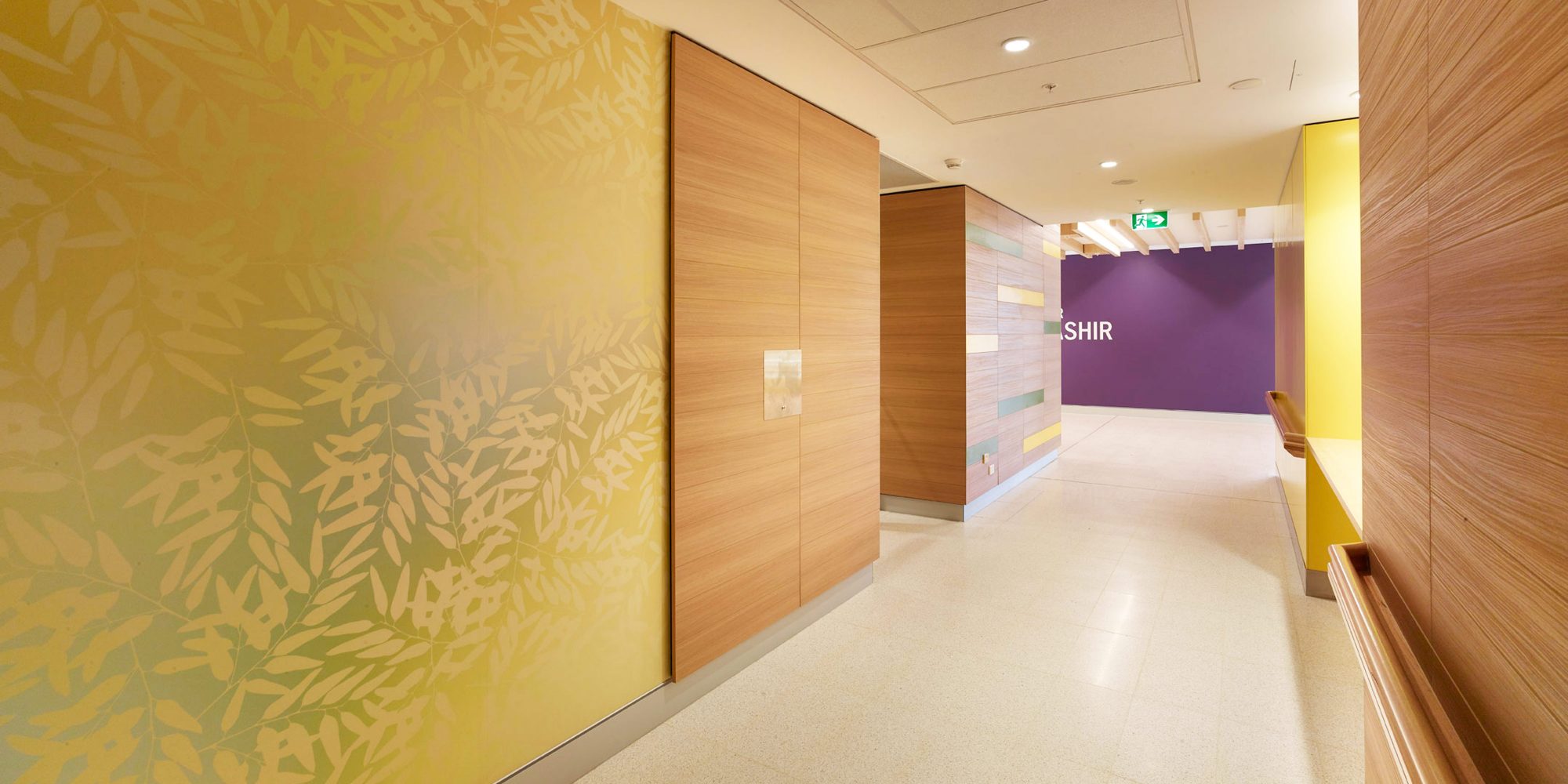 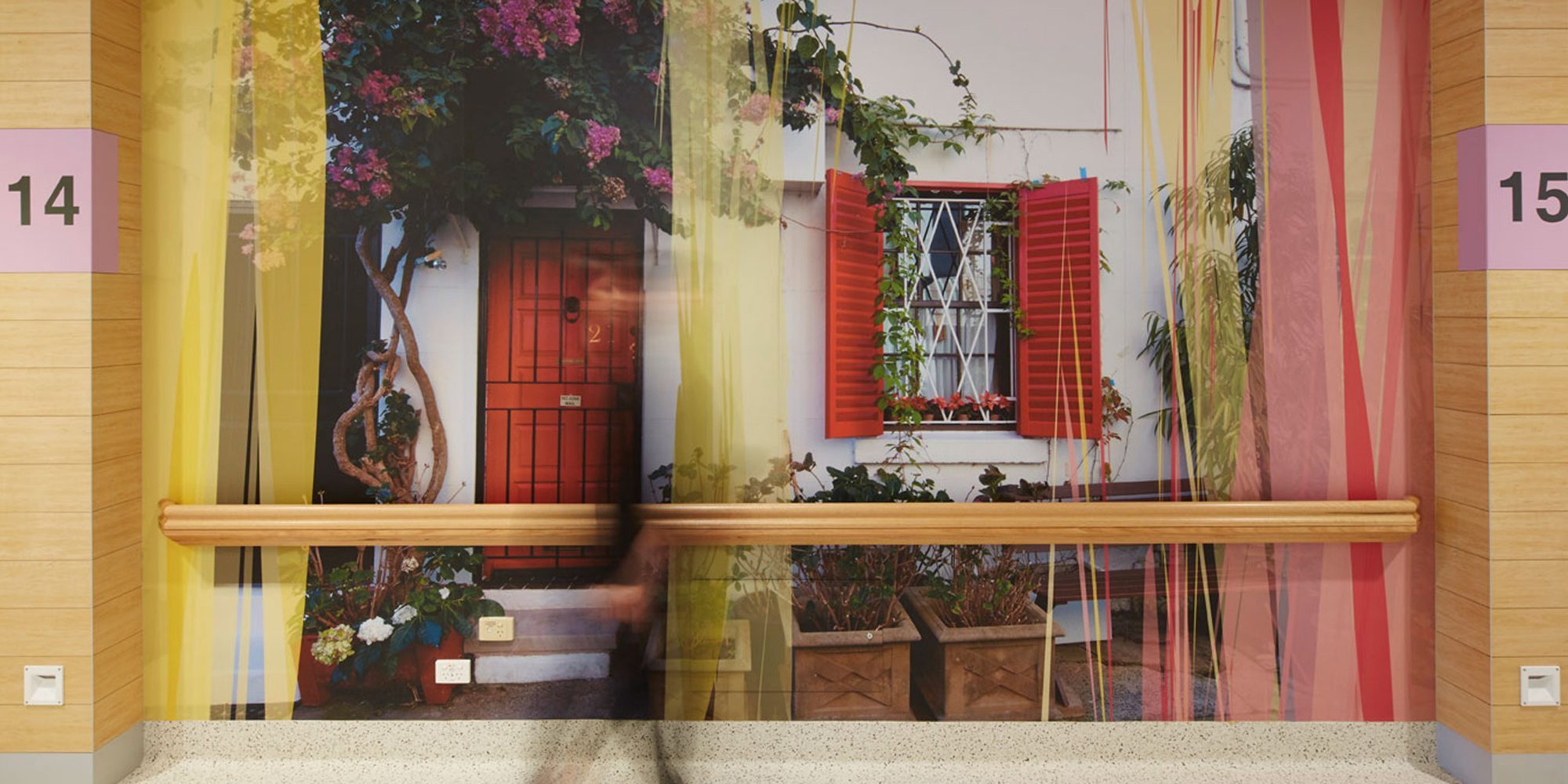 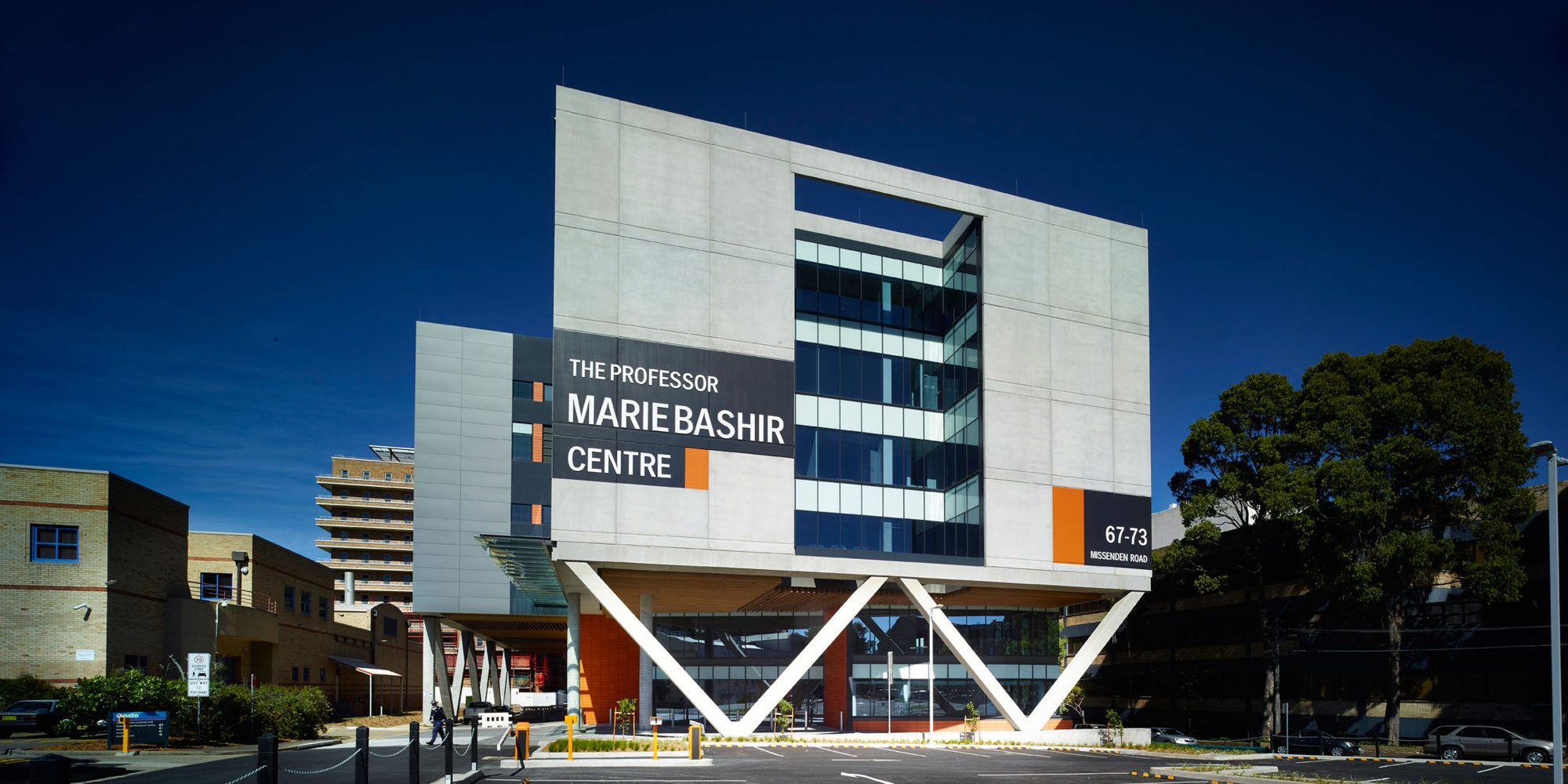 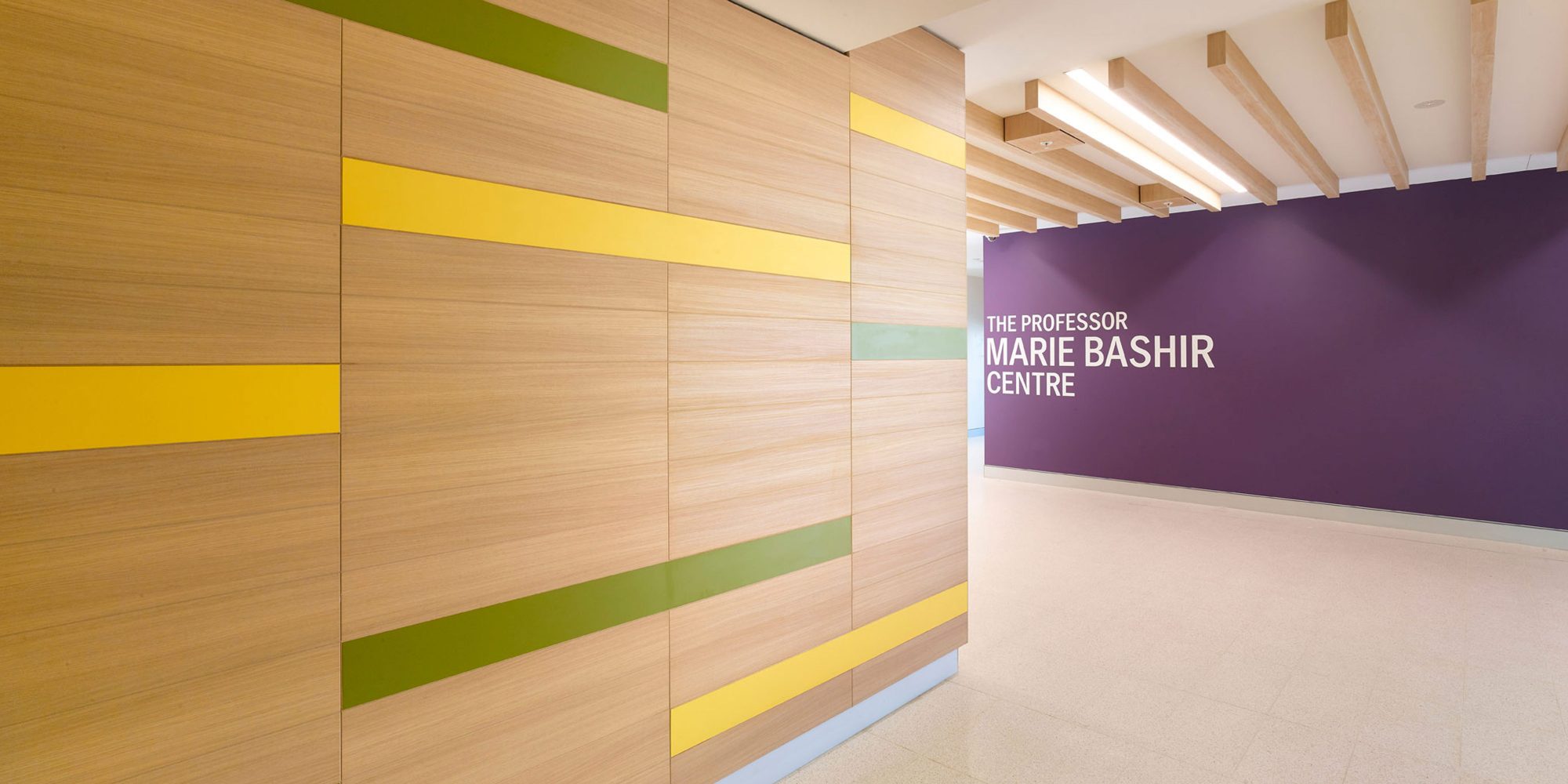 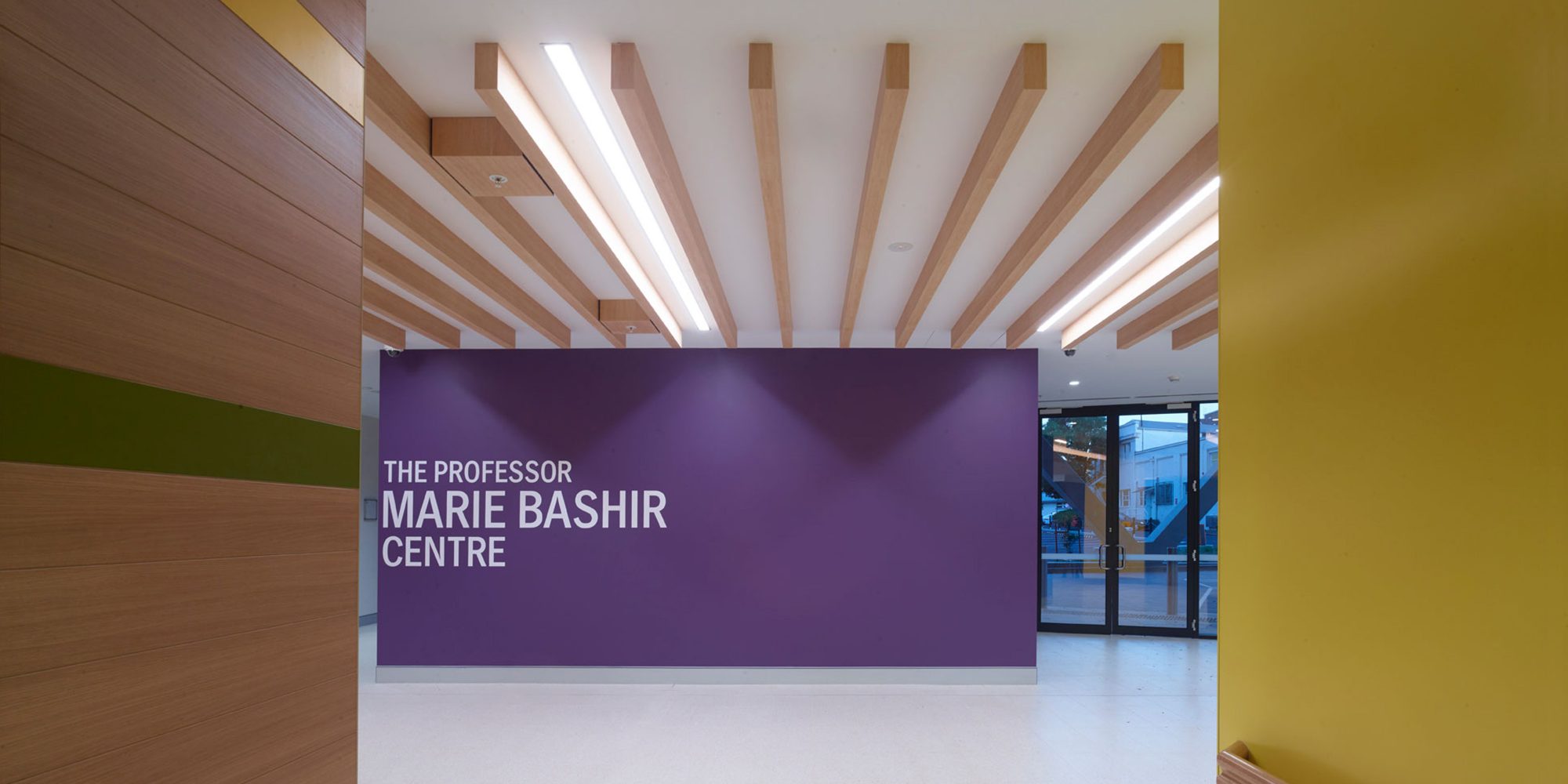 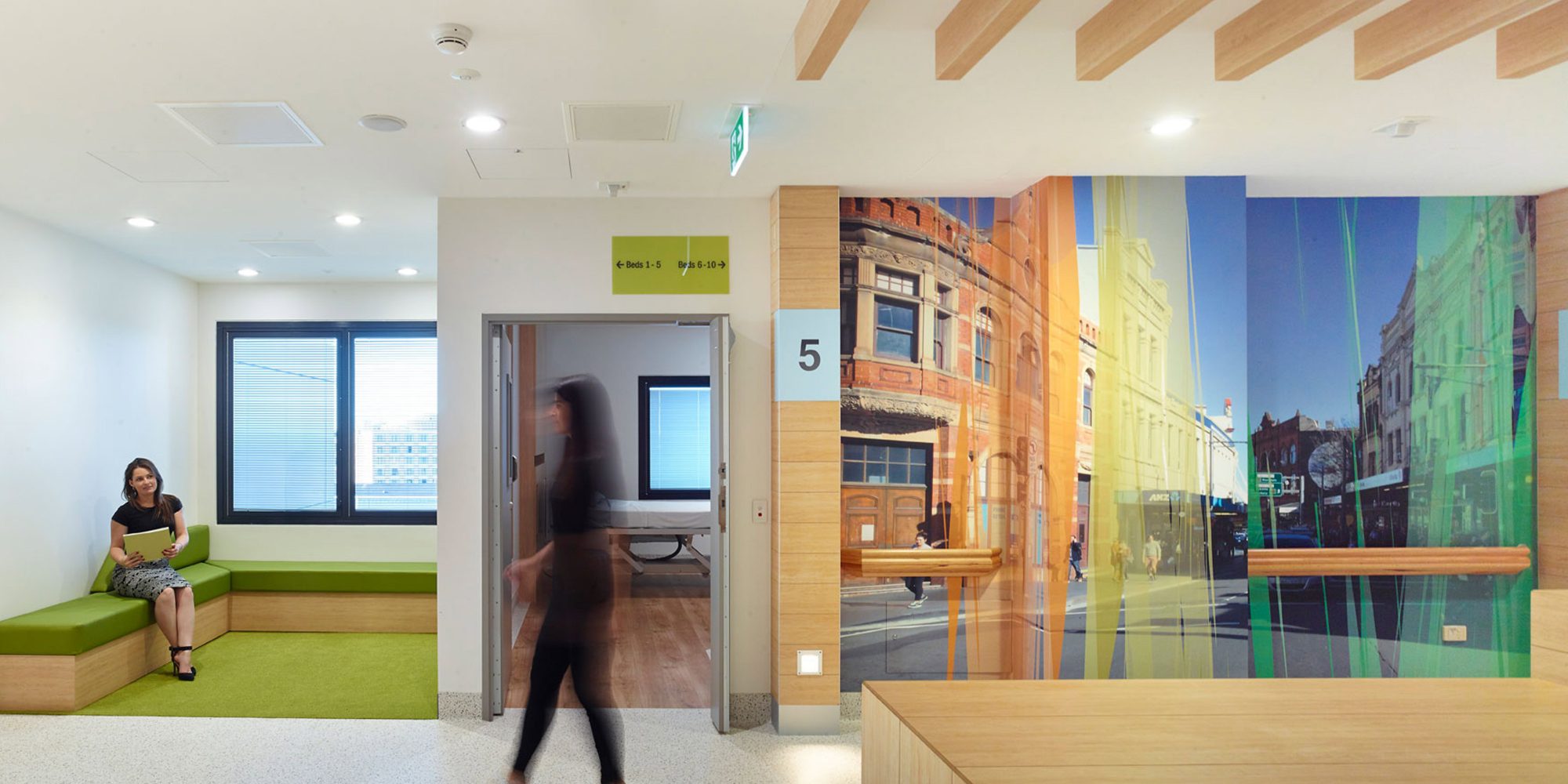 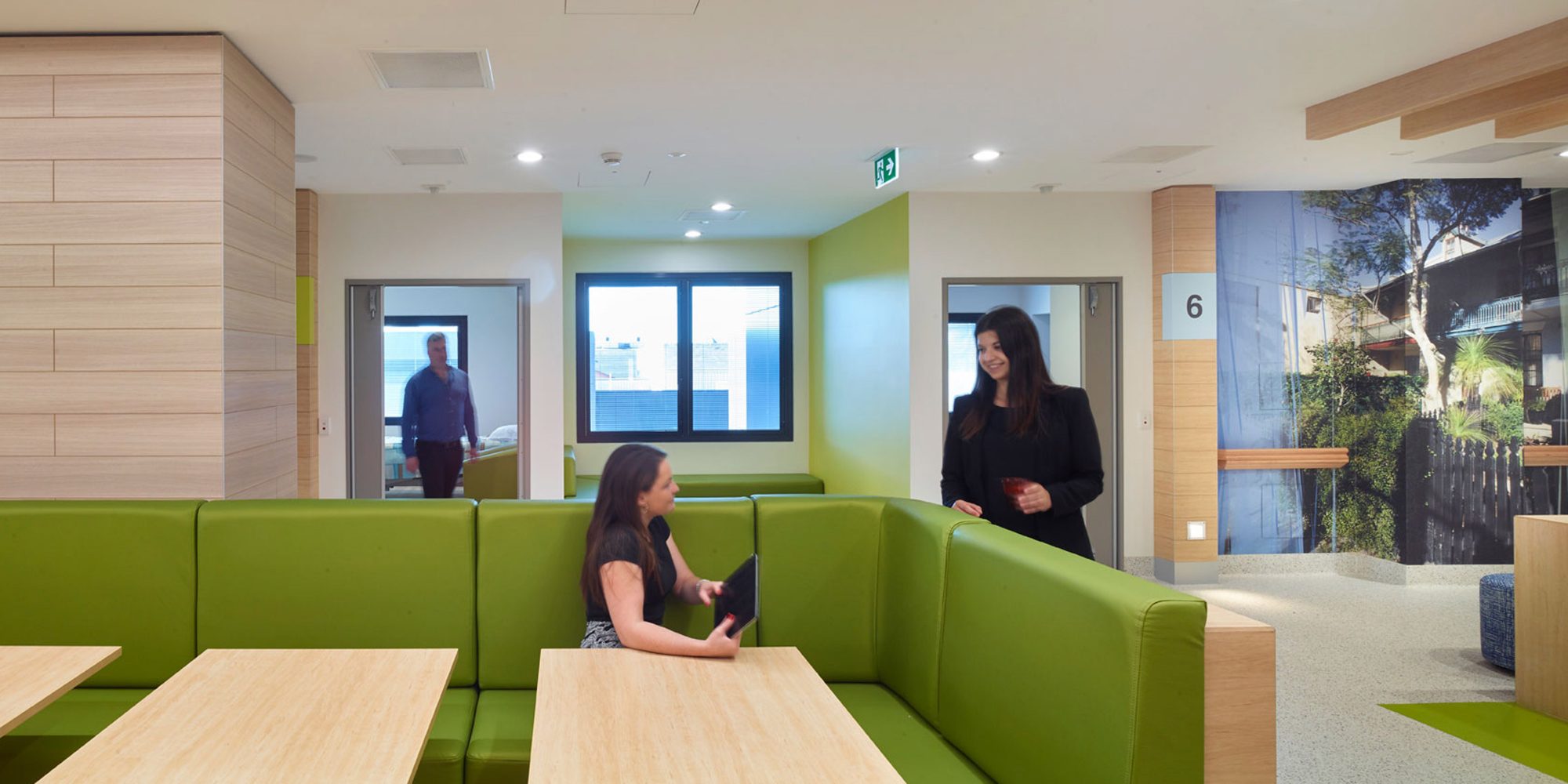 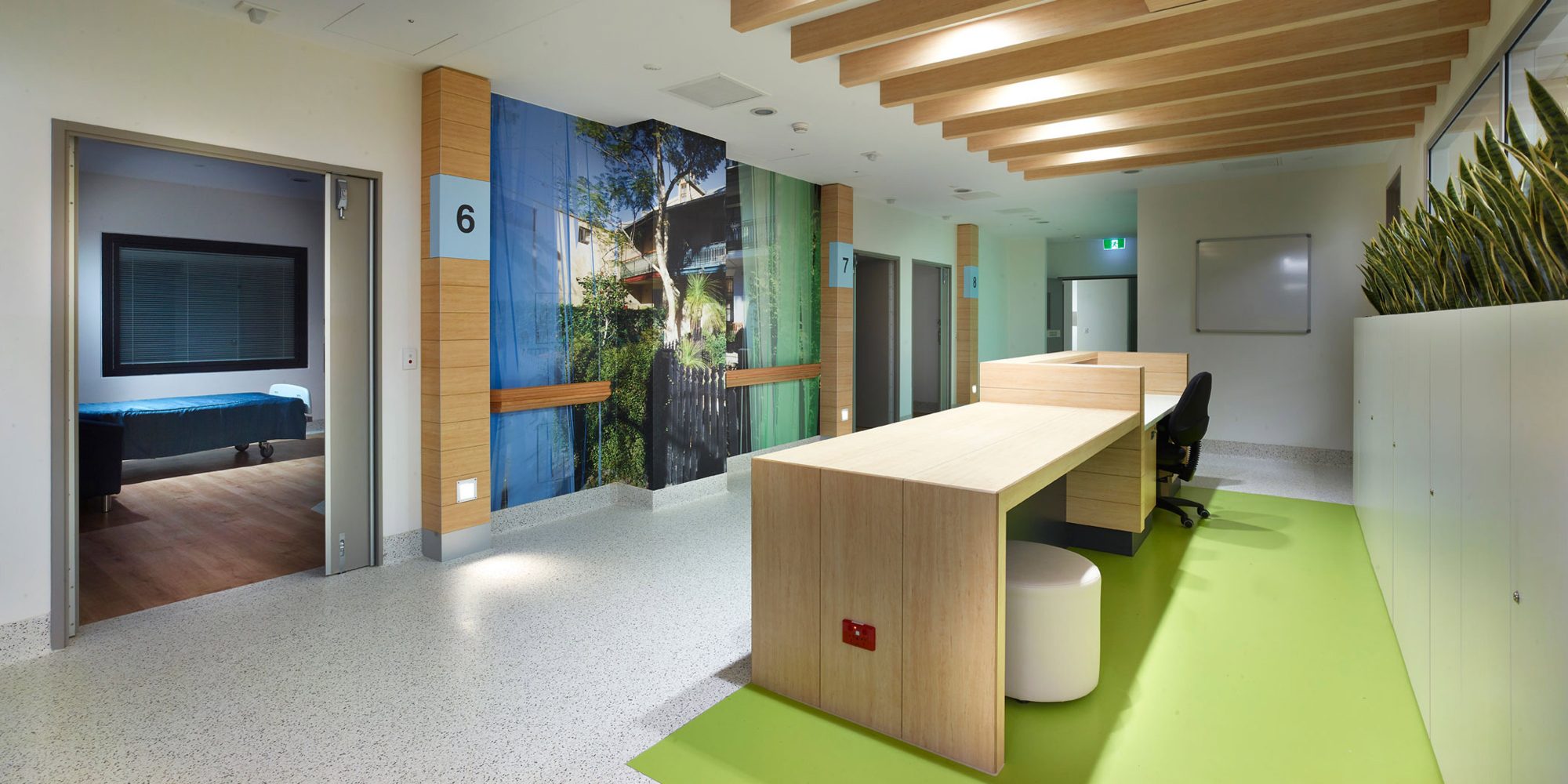 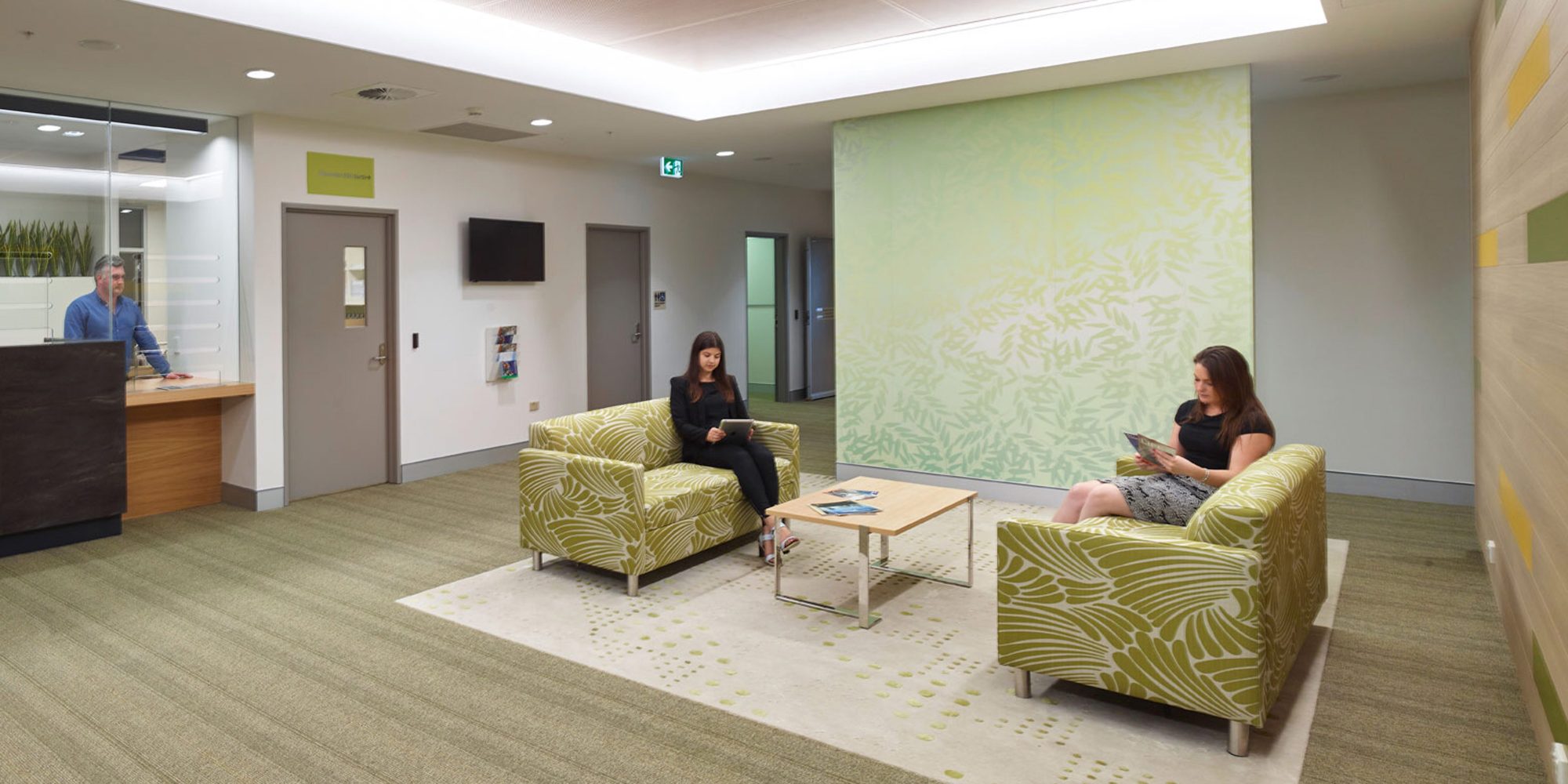 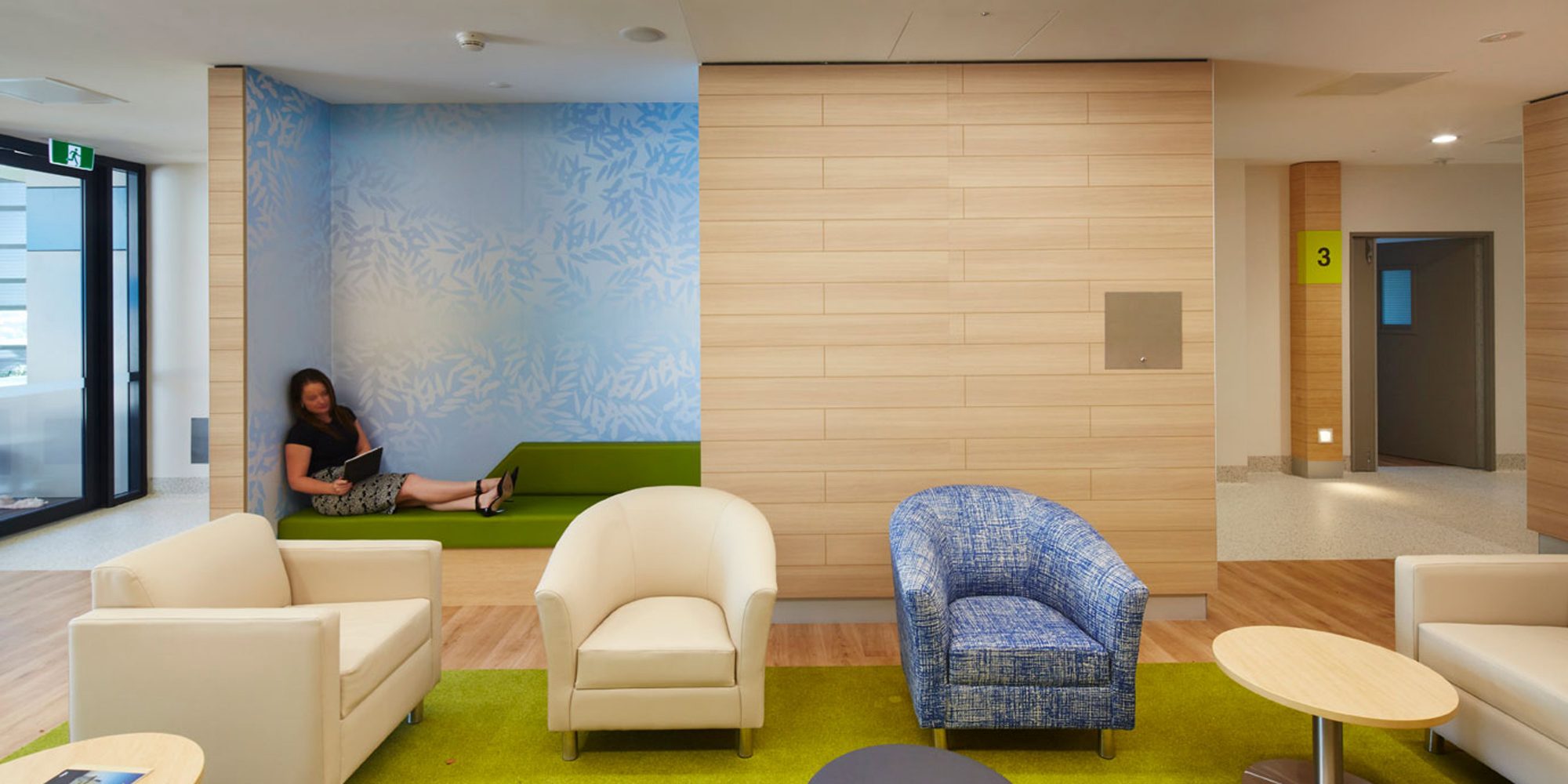 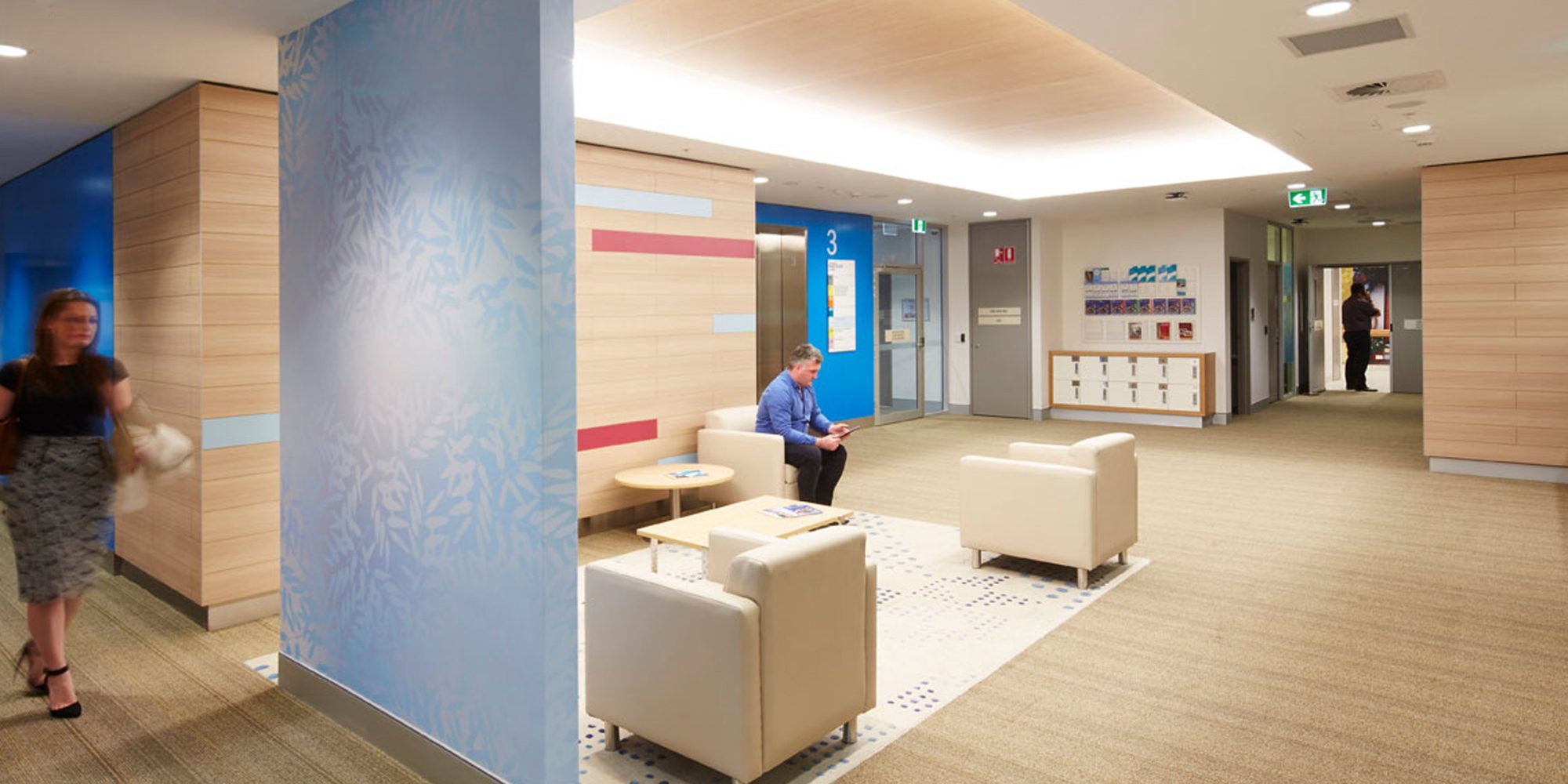 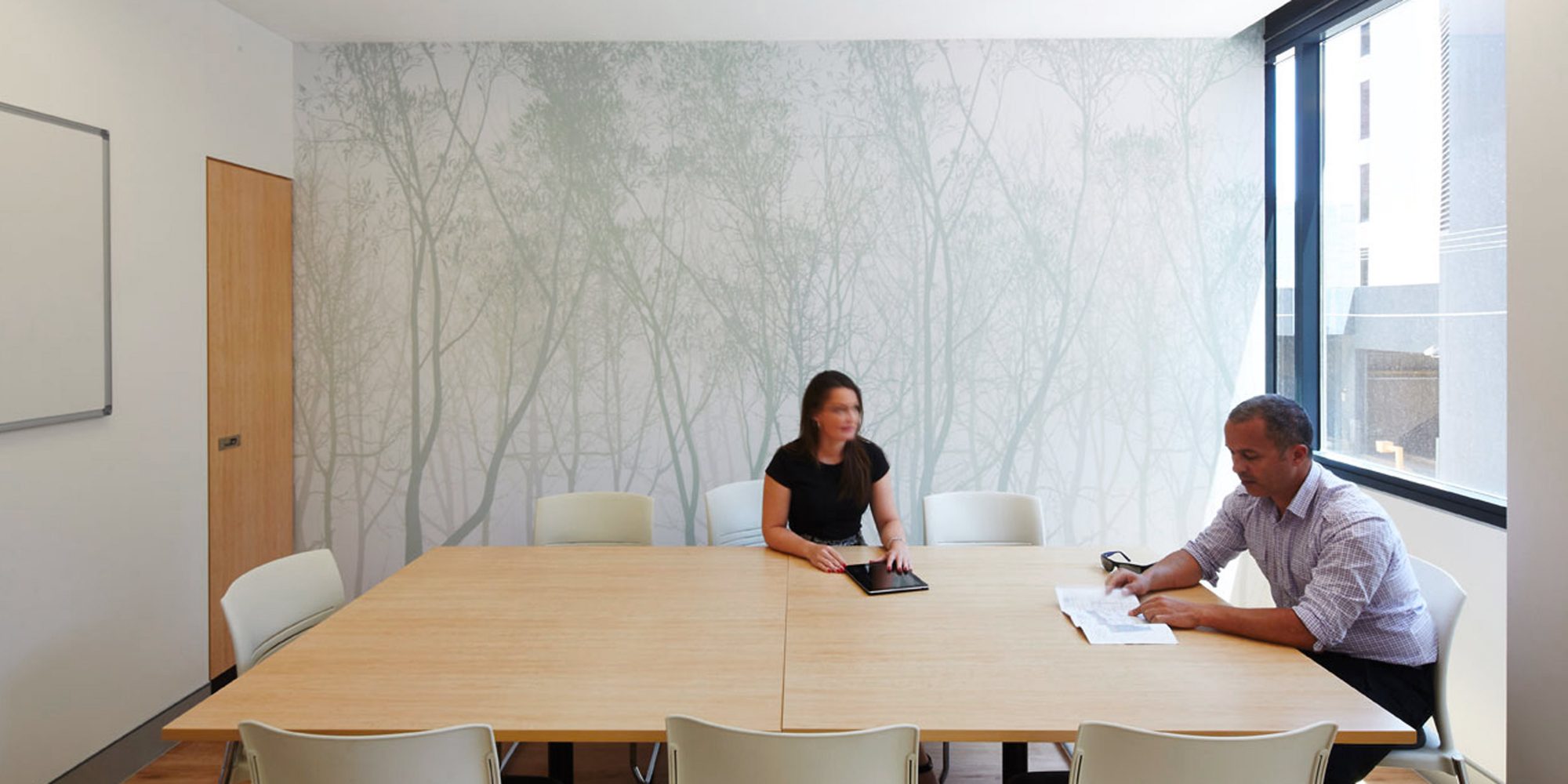 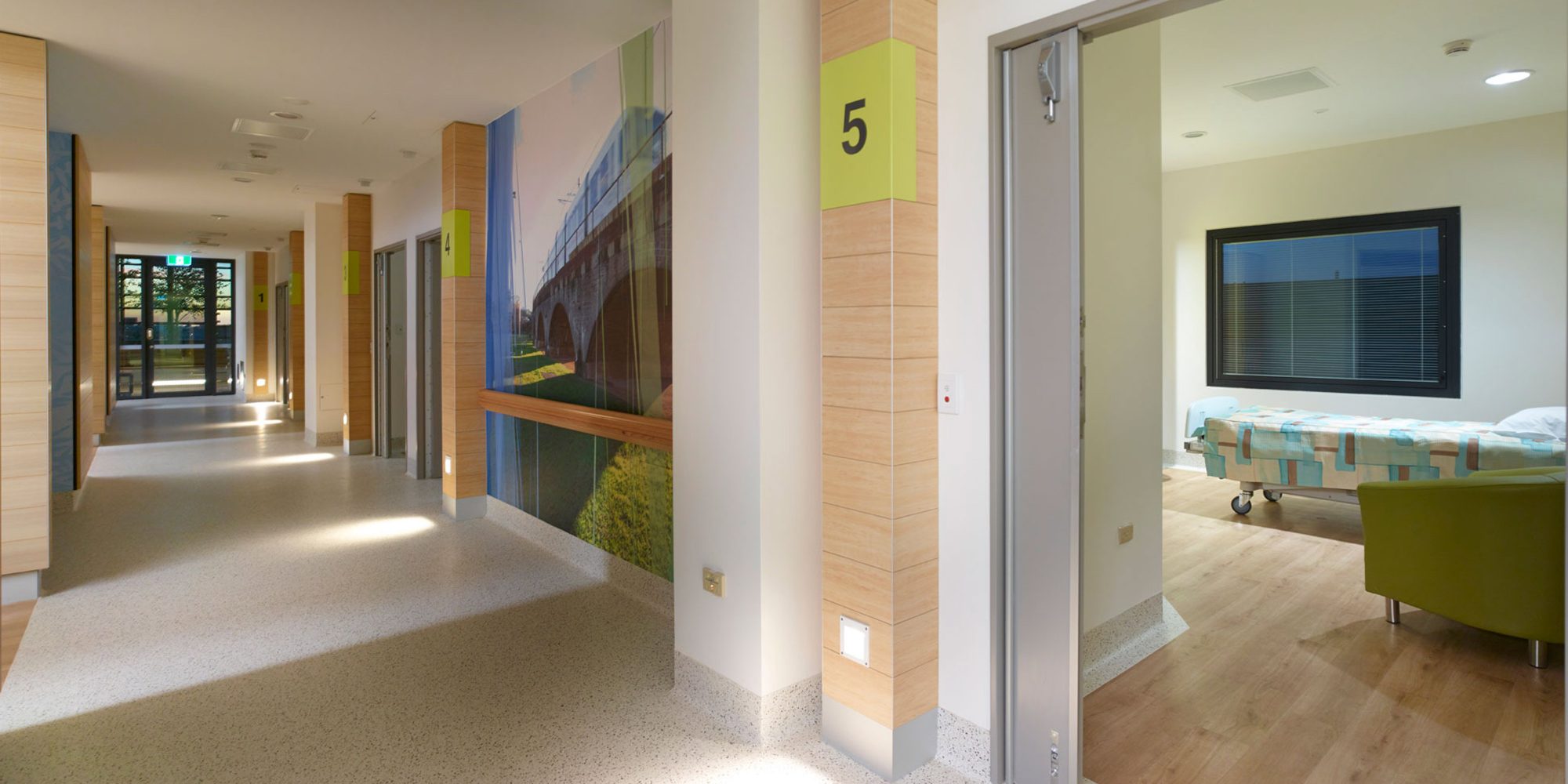 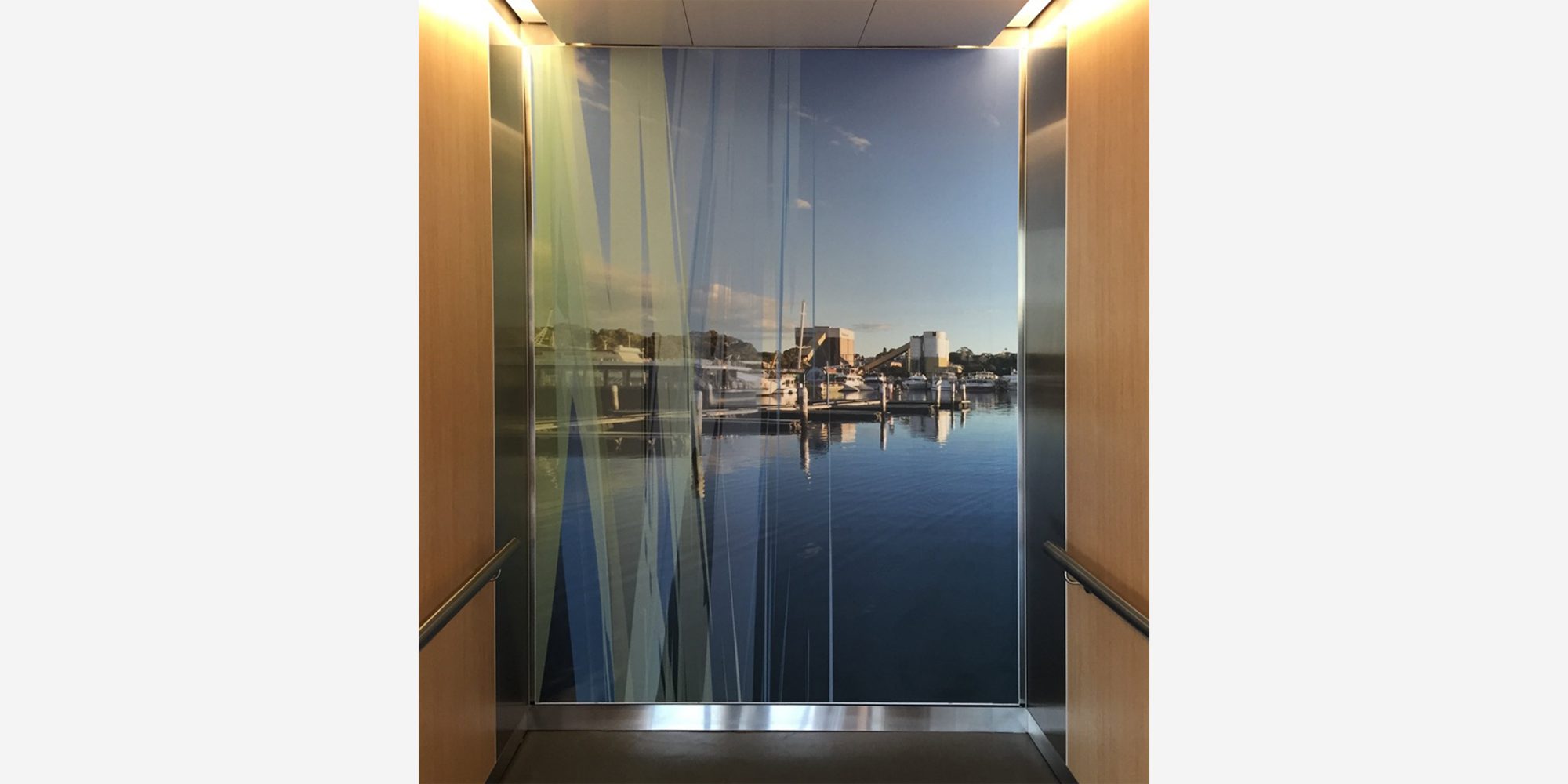 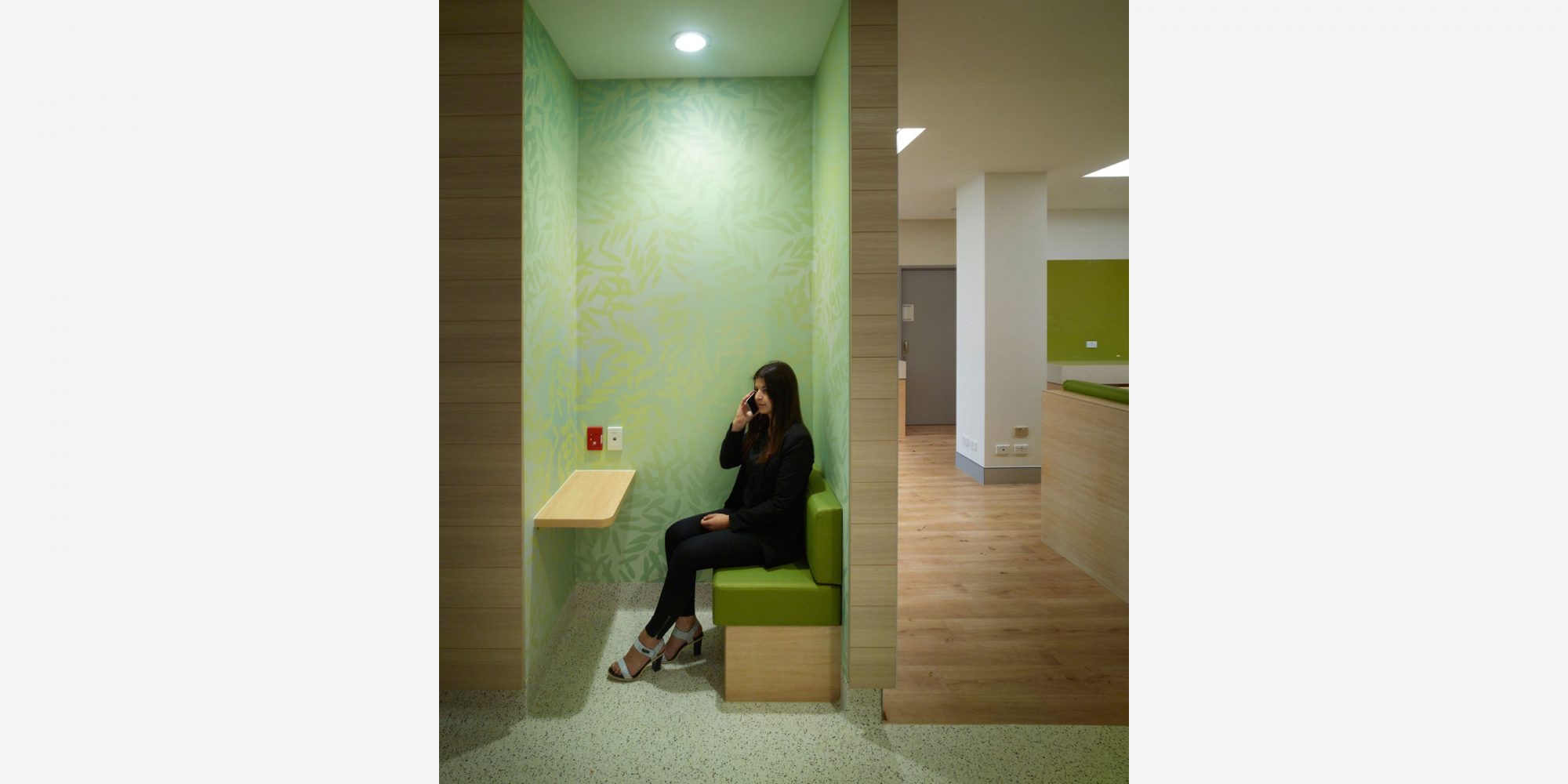 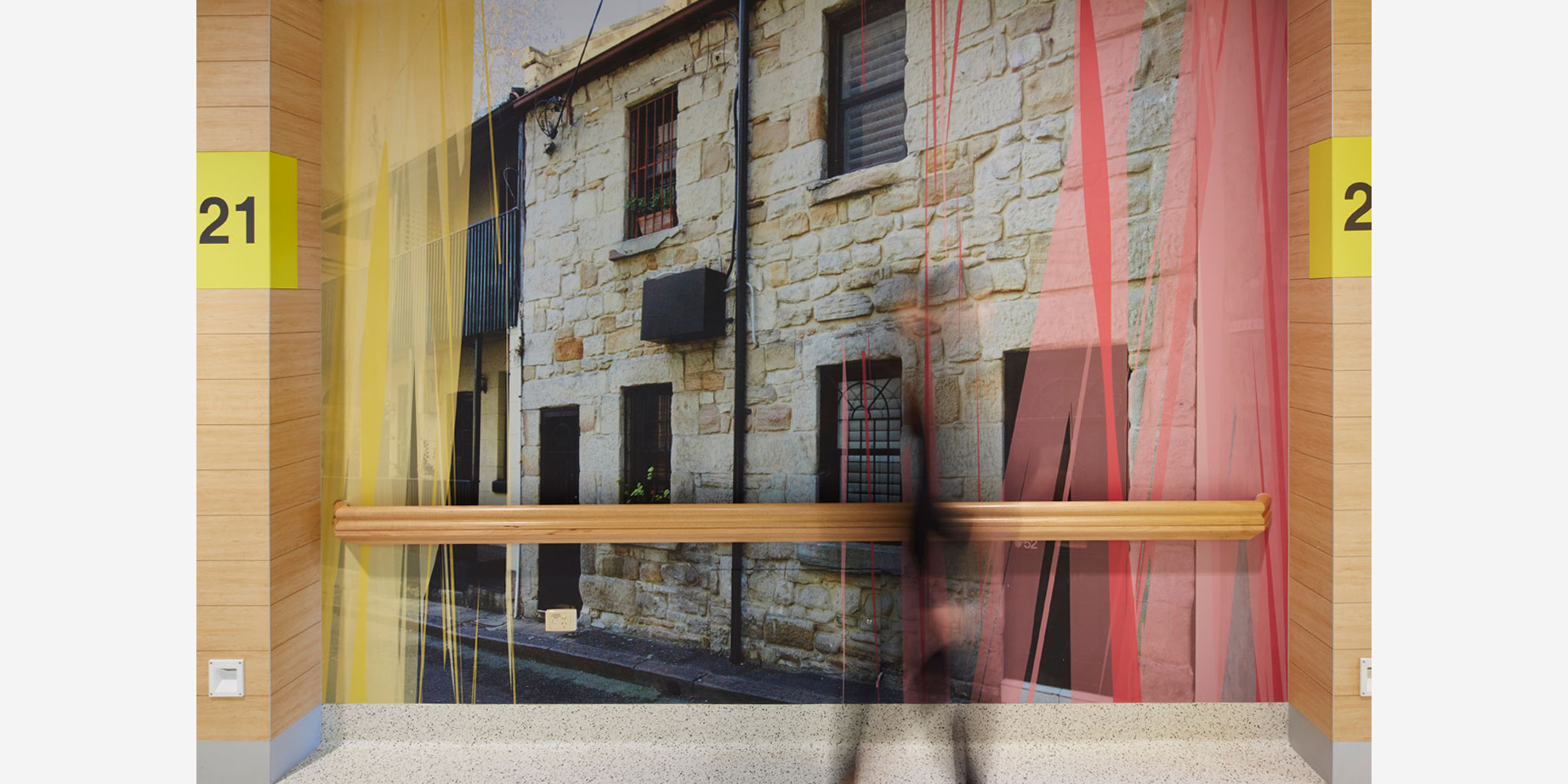 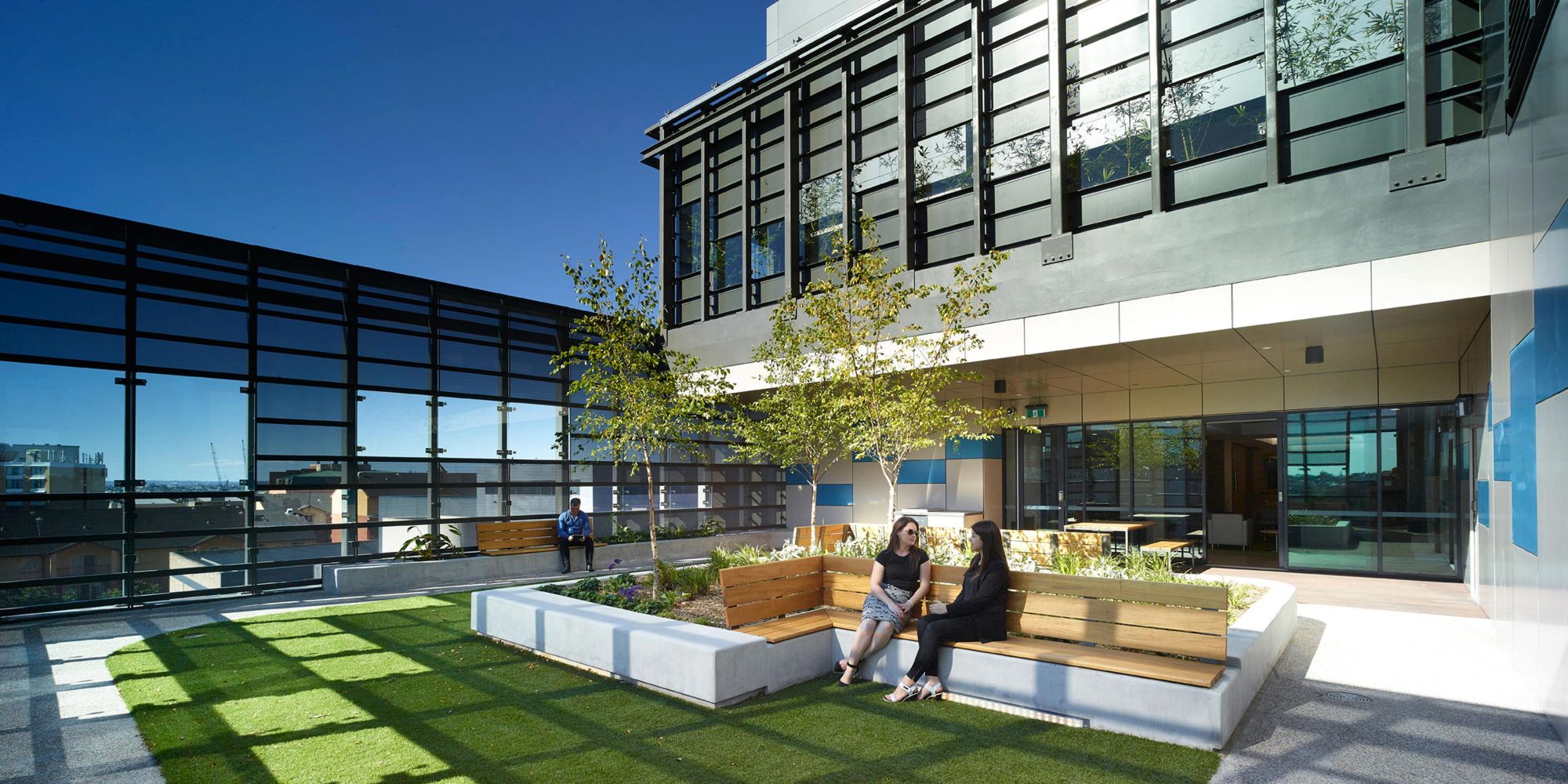 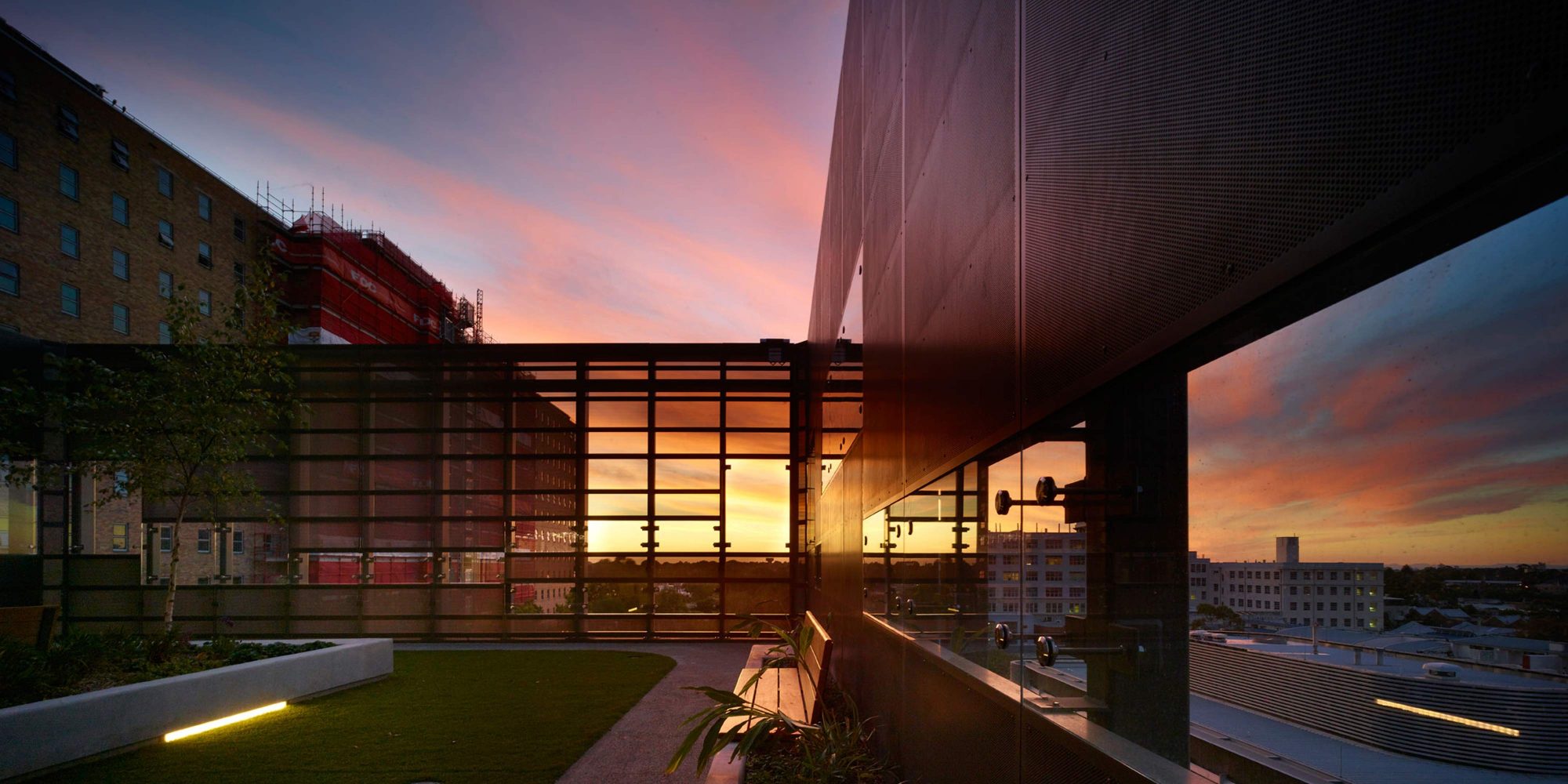 The brief was to create a sense of neighbourhoods throughout this facility to give the patients a sense of place rather than just being in a hospital. We created a range of streetscapes by photographing houses around the local vicinity including Chippendale, Ultimo, Redfern and Surry Hills. These images were then incorporated into “broadstroke” to create an engaging graphic. In other areas where screening was needed, again we took a standard design “gumleaf” and introduced a photographic element to soften the graphic. The end users were really impressed with overall result.

“The overall feel is a home-like environment, focused on ideas of “neighbourhood” and “community”, including hub spaces, chill-out spaces, as well as zones for activities. Graphics, colour and installations are extensively used to reiterate community, with images of terraces, city scenes and landscape. A key element of the design is an open staff base to facilitate accessibility and interaction with between staff and patients, thereby deinstitutionalising the notion of a staff station.” – PeckVon Hartel

The facility is named in honour of former NSW Governor Professor Marie Bashir, who has made a significant contribution to mental health care in NSW.

“The Professor Marie Bashir Centre will make a significant difference in the lives of generations of people affected by mental illness and will ensure Dame Marie’s legacy lives on.” – Premier Mike Baird